This is a draft, DO NOT BASE ANY DESIGNS ON ANYTHING YOU SEE HERE YET!

The aim of this specification is to use common connectors in an agreed pinout to make physical compatibility between devices as straight-forward as possible while keeping costs down. All the connectors are physically the same type to keep part diversity down and allowing cost savings by ordering larger lots of the same component type. It’s encouraged to share a common GND between the power rails, in the same style as on ATX.

The Bus Connector is the standard connector all DISTRAP devices should include. 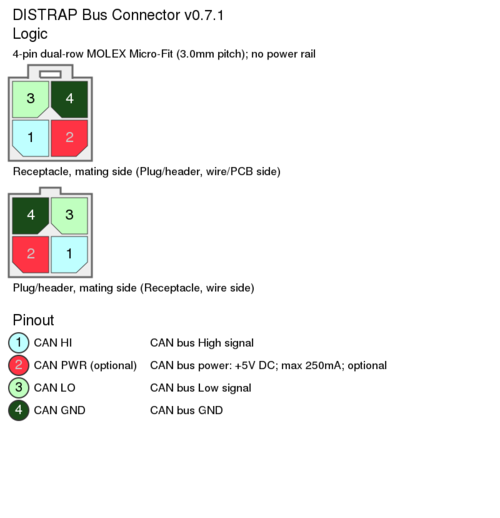 DISTRAP 24V Power and Logic bus connector (up to 120W) 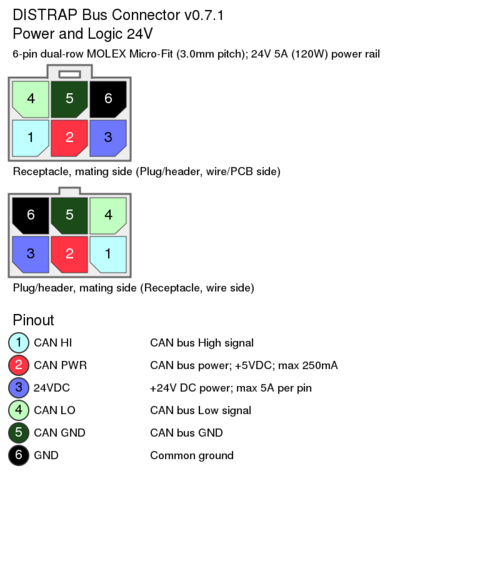 DISTRAP 12V Power and Logic bus connector (up to 120W) 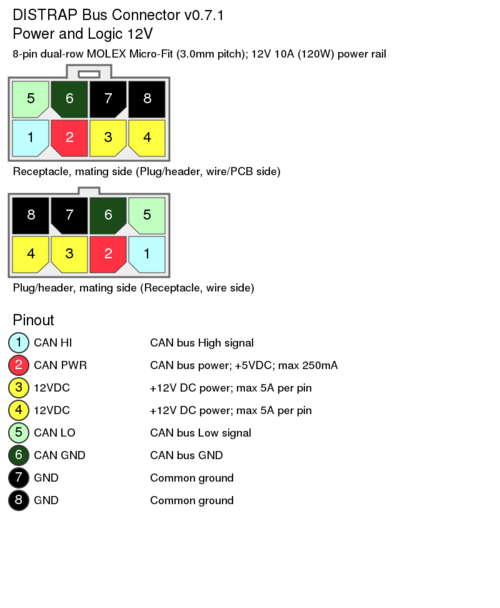 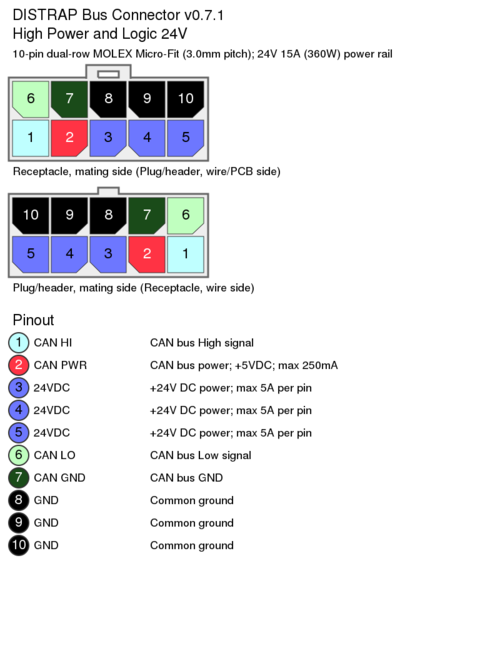 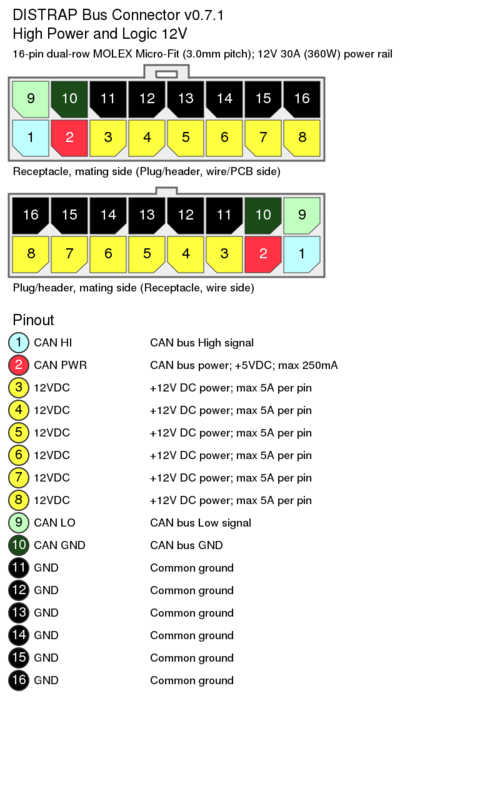